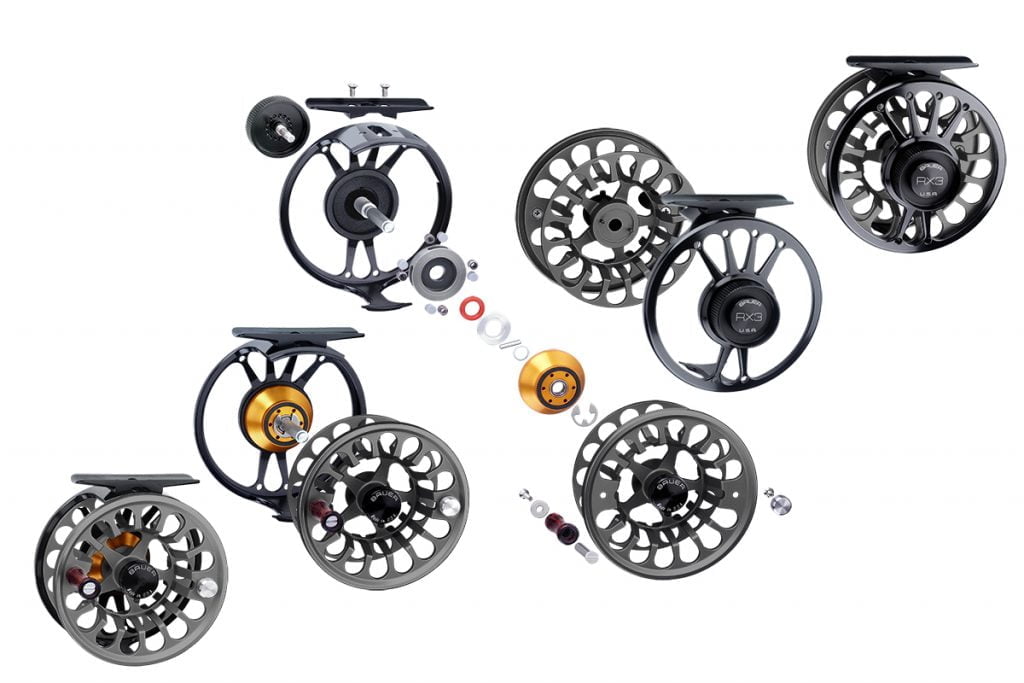 Bauer revolutionized the fly reel world in 1995 with an award-winning design that combined superior large arbor performance with an innovative yet simple “zero-backlash” drag clutch. With a background in race cars and precision technology, Jon Bauer had a different perspective on how a fly reel should work. By applying principals of basic physics, he came to an obvious conclusion: the best design for a direct drive fly reel was one with a large arbor spool that minimized the variance of moment arm effect. The result was a reel with vastly improved line handling and retrieval, as well as superior drag performance. Over the years, Bauer has continued this tradition of design evolution, precision engineering and unmatched performance. Today, our reels are considered to be among the finest made and have earned a reputation among serious anglers and guides as the “Swiss watch of fly reels.”