Jeff Currier resides in Victor, Idaho where he bases his globe-trotting career in fly fishing.  Jeff is a fly fishing lecturer and well known fish artist.  He has taught the skills of fly fishing, guided fly fishers throughout Wyoming and Yellowstone National Park and escorted fly fishers on six continents. Jeff is best known for his love to seek out exotic fish species and face the challenges of catching them.  He has presently fished in sixty countries and caught over 375 species on the fly!

Jeff’s articles, photographs and artwork have graced the pages of magazines, catalogs, brochures and books.  He is the acclaimed author of Currier’s Quick and Easy Guide to Saltwater Fly Fishing and Currier’s Quick and Easy Guide to Warmwater Fly Fishing guide books.  Jeff is also a well sought after expert for television, radio and numerous fly fishing films.

Jeff brings a sense of humor, enthusiasm, approachability and more than forty years of fly fishing wherever he goes. 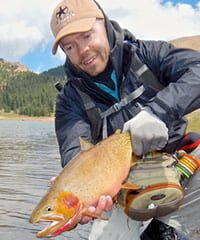 Landon’s angling success is fueled by an addiction to pursuing large trout with small flies and lightweight fly-fishing equipment – it is this obsession that makes him a perfect match for Bauer. He enthusiastically teaches and demonstrates his techniques and on-river knowledge to fellow anglers and has developed innovative strategies for sighting, hooking, and landing selective trout that he has shares in four instructional books as well as two DVDs. In addition to teaching through guided trips, fly-fishing classes, presentations, and demonstrations, he is also a contributing writer for Fly Fisherman and High Country Angler magazines.

Landon has been guiding full time on the South Platte River for the last 19 years, as well as one full season on the Nak Nek River in AK. When not on the river or traveling you’ll find him home with his family in Florissant, Colorado.

Brian started tying flies at the age of 10. By age 14, several Oregon fly shops were purchasing his flies. He cut his teeth guiding fly anglers on the rivers of Mt. Hood. Now a grizzled veteran in his fourth decade of guiding fly anglers for trout and steelhead on Oregon’s best rivers, Brian brings a lot to the table for Winston Fly Rods. Silvey was one the pioneers of Spey casting in North America and has been teaching and demonstrating Spey techniques since the early 1990s. When he is not on the oars, you can find Brian designing wildly productive trout and steelhead flies at his tying bench. He makes his home in Maupin, OR near the Deschutes River.

Nothing puts a smile on Marlon Rampy’s face like the trophy, redband rainbows and wild steelhead of Southern Oregon. Consequently, he calls the banks of the Williamson River home each summer, and heads West to winter in steelhead paradise.

Since 1995, he has shared his passion for the Klamath basin and Rogue River system through his Wild West Flyfishing Guide Service. The combination of Marlon’s experience on the water, emphasis on instruction, and expertise in finding fish, make him one of the most sought after guides in our region

So whether it is long leaders and spring creeks, sight casting on stillwaters, or steelhead on the swing, Marlon’s got it dialed.

Originally from Southeast Kansas, Kyle received his first fly rod at age 10 and immediately began harassing any available fish that would eat a fly. Now, 20 years later, his love for the sport and passion for sharing the great outdoors with others continues to grow by the day. Kyle has fished extensively throughout the Midwest and Rocky Mountains, as well as nearly a dozen saltwater locations. He is a very patient, energetic and knowledgeable instructor who loves nothing more than helping people catch that first fish on a fly. 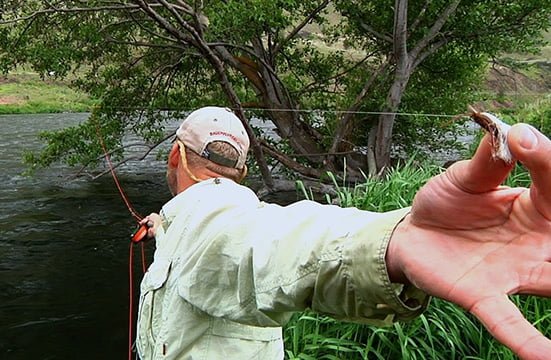 “The Viking” has guide experience in Oregon, Alaska and Kamchatka. With Jakob’s fly fishing retail background, world travel and guide experience, his overall knowledge of fly fishing as a whole is greatly well rounded. Jakob has appeared in several fly fishing films always fishing with Bauer reels for good reasons. Many of the places seen in these films are shot in waters Jakob calls home. With over a decade of experience fishing, testing and selling out Bauer reels, he knows our product as well as the rivers he fishes like the back of his hand. 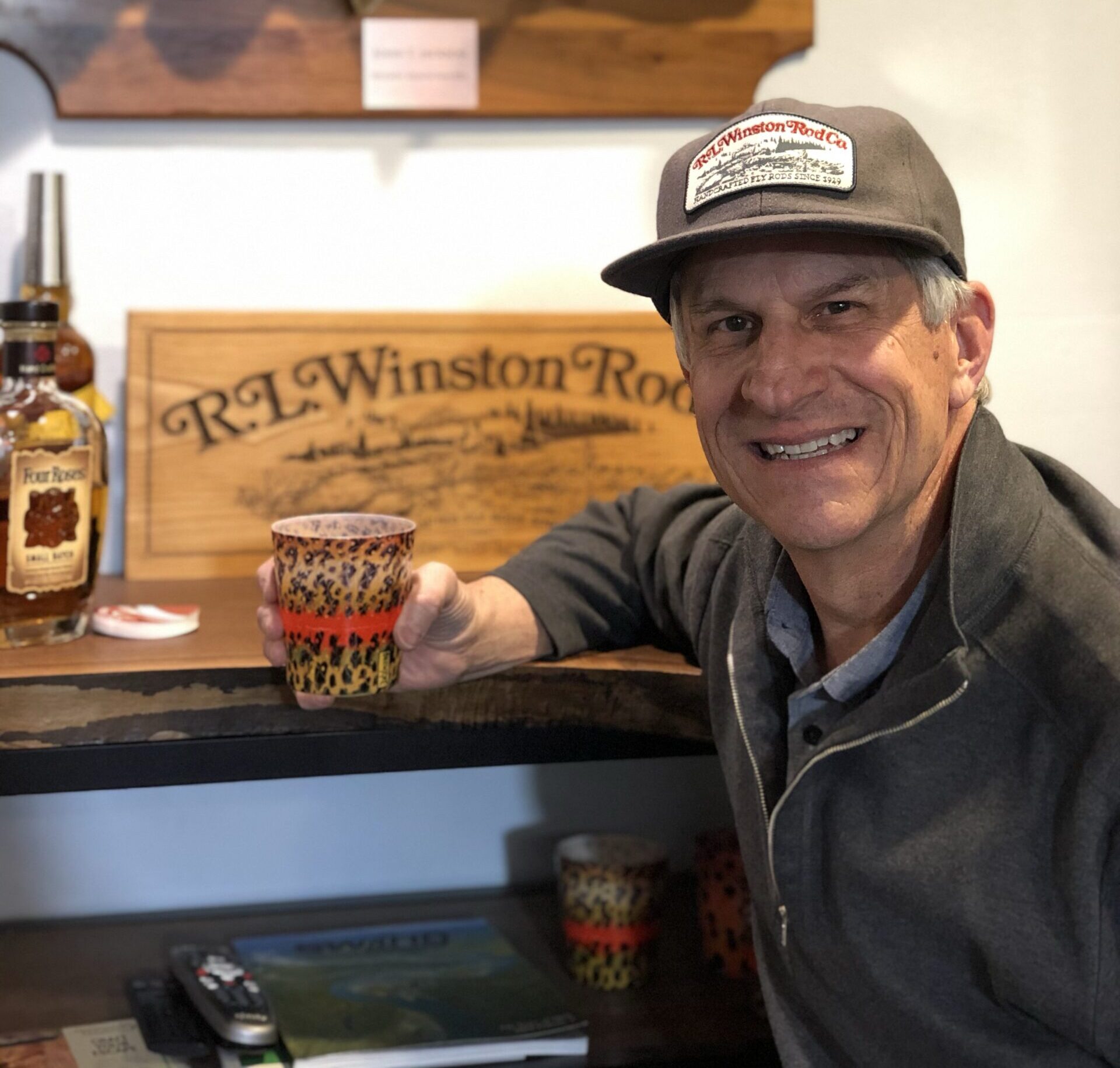 As a young boy, I fell in love with trout, and the places they live. Thirty four years ago I started to work in the industry, first as a guide and then on the retail side of fly fishing. I have been a member of Winston’s pro staff since 2004. Also, a member of Scientific Anglers pro staff program, and a Signature tier for Umpqua Feather Merchants. Along with trout, steelhead are my favorite species to chase. Because of this, fishing with a two handed rod has become my favorite technique. But, when the fish are looking up, it’s back to fine tippet attached to a dry fly. As they say, “never walk past a raising fish”

Alice Owsley is the owner of Riverside Anglers, Inc., in West Yellowstone, Montana. She has been guiding the area’s blue ribbon waters for twenty years and independently outfitting clients since 2012. A fly rod led Alice from spring creeks in Ohio, where she learned to pursue trout at the age of 8, to the Rocky Mountain West hunting for any fish that would take a fly. Through all of her travels—from Belize to Alaska—no place or fish has held her interest like the trout species that inhabit the waters of Greater Yellowstone. 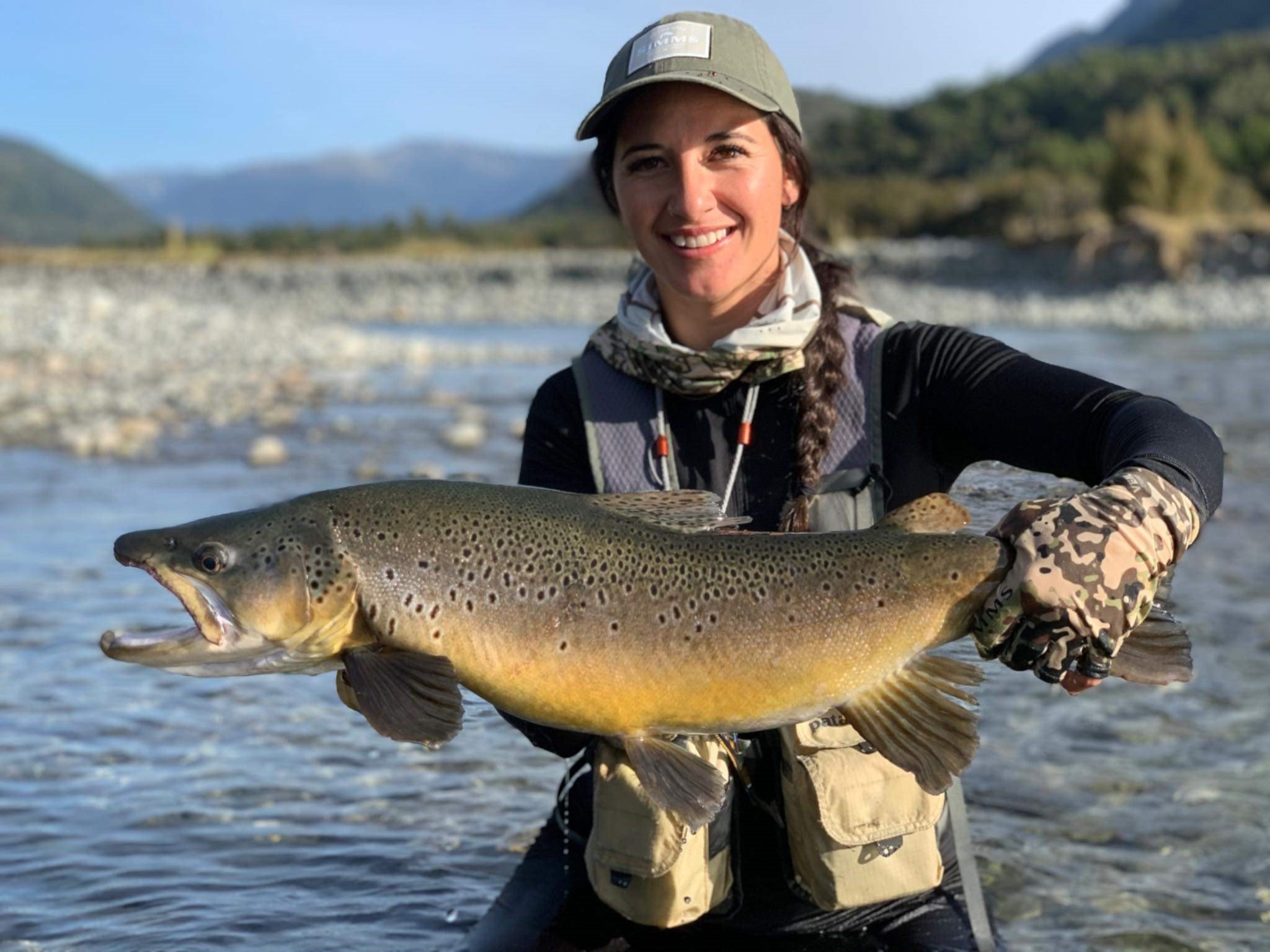 New Zealand Maori female angler, Sharna Parker, learned to fly fish on a holiday she took to Alaska in 2017. She fell in love with the sport instantly. From there, Sharna spent 3 consecutive years jumping between the Bristol Bay and New Zealand trout seasons.

Sharna is a travelled angler, fishing for trophy brown trout in New Zealand’s gin clear waters, Spey fishing for Steelhead on the Olympic Peninsula, Atlantic Salmon on the Gaula River in Norway, to the rich waters of Alaska.

When Sharna is not fly fishing, you’ll find her climbing mountains, sleeping on airport floors between travel destinations or working on her family’s farm in “the sticks” of Taranaki. Sharna is witty, passionate and fun to be around. Her favorite Bauer reel for New Zealand is our RVR 4/5.

Growing up in the Black Hills of South Dakota, the outdoors were never far away. A vast majority of Ty’s time was spent exploring the back roads and hidden streams and lakes in the area. His dad started him early in his fishing career, armed with a pocket fisherman and a stubborn independence. Ty’s mom gave him his creative passion for art and both encouraged him to pursue what made him happy in life. Trips with with his dad to Ennis, Montana spurred his fly-fishing drive in high school and Ty split his summer days between baseball and fly-fishing.

“College is when my art drive hit high gear. Majoring in art for the first two years, I learned how to use a variety of mediums. Most of my art always had an outdoors theme to them while in school. After getting married, I switched from art to wildlife management major. Not wanting to be a starving artist, I changed majors to be a starving and traveling biologist. Taking many temporary seasonal positions with state and government agencies throughout the United States, my art was always there with me. While working at Malheur Wildlife Refuge in Southeastern Oregon, my fascination of drawing and painting things close up began. Being so close to ducks and fish gave me a great reference for material.”

Ty is now a full time fishing guide for the Ugly Bug Fly Shop on the North Platte River in Casper. Ty specializes in capturing moments with his clients by using the trout they have caught to create his paintings and carvings. Ty’s passion and ability to find inspiration in his daily life make’s us proud to have him on the Bauer team!

Get the latest brand news and be automatically entered for a chance to win a Bauer Yeti Lowball.

One winner will be chosen each month. Offer valid for new subscribers only.
Like most web sites, we use cookies to allow you to browse and purchase our products. By continuing to browse, you agree to the terms of our Privacy Policy.OK